It appears that your session has timed out. Please click here to sign in again.
NOTE that if there is any unsaved work on this page, it will be lost.
IEEE will be performing system maintenance starting 7:00 PM Friday 29th January and ending 11:00pm Saturday 30th January (Eastern Standard Time). vTools applications will be available during this time, but their functionality will be limited. Please plan around this window for administration purposes, and view the vTools Blog for details.

The Canadian Atlantic Section wants to let its members about an interesting virtual talk coming up this week, Tuesday 29 at 12 noon AST.

To view complete details for this event, click here to view the announcement

The transition of sea power from the battleship dominated Royal Navy of the First World War to the carrier dominated United States Navy of the Second is well recorded in historiography. This research investigates a small but important part of that transition, elements of which have been previously researched, but where important connections have not been made and where in current British historiography the full picture has perhaps been hidden behind the achievements of one-man, Guglielmo Marconi.

The contribution of wireless to the transition of sea power had its roots in the immediate aftermath of the First World War. This research reveals that it involved a somewhat clandestine effort by the United States Navy to undermine British dominance in global communications, at that time based on submarine cables. It reveals how Britain’s Imperial obligations and a post-war need for greater control over their communications by Britain’s Colonies also contributed to the undermining of the Royal Navy position.

By a thorough review and new interpretations of existing historiography, plus some additional archive material, this work identifies connections between Geography, Economics, Technology and Political Will that were key in the United States Navy attaining a superior post-war position in wireless technology. It shows how these connections enabled them to benefit from Marconi’s discovery of Short-Wave Radio and how that discovery, by enhancing the role of signals intelligence, changed the face of naval operations forever. 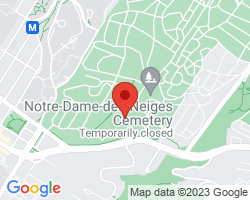